BEST JOB IN THE WORLD? 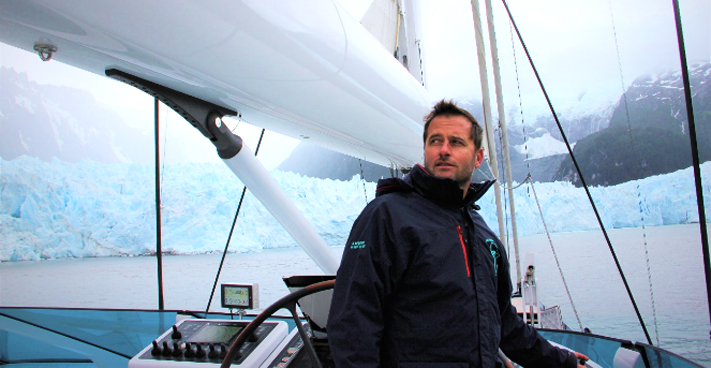 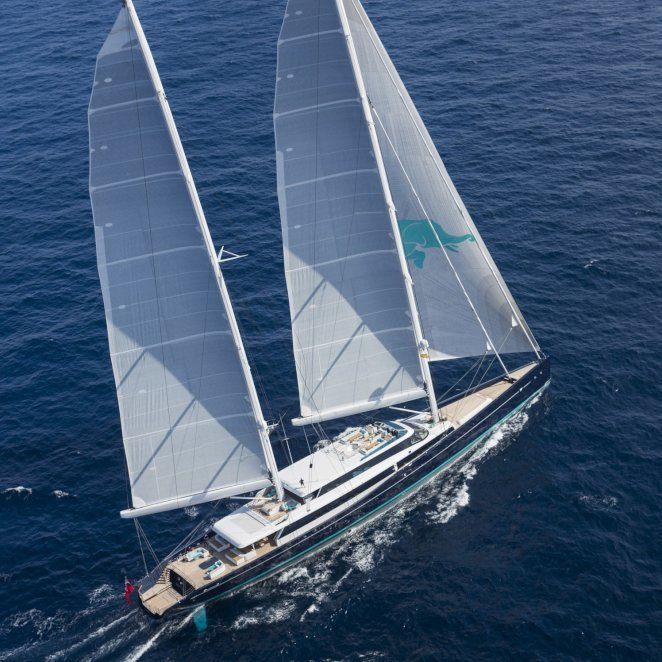 It’s a rare kind of job that takes you to the edge of an active volcano. Next stop a melting glacier, or a palm-fringed island surrounded by unchartered reef. Coral dives (lots of them), sundowners (too many to count), turtles and dolphins aplenty – it’s all par for the course for South African super yacht captain Gerhard Veldsman.

But there are pressures, too, make no mistake: sourcing all that quality beer and five-star cuisine can be tedious, especially in remote locations, and particularly for clients who consider foie gras du shallots a necessary holiday item. Veldsman has seen them all come and go aboard the 86m Aquijo which last month berthed at Cape Town harbour just long enough for SABBEX to sneak aboard. 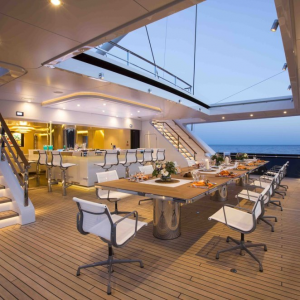 “I’m not going to say it is easy,” says Veldsman of his enviable life aboard a vessel considered to be the biggest and best high performance super yacht in the world. “My wife knew what she was getting into.”

There is something odd about meeting Veldsman on the deck of a R9-million-a-week charter super yacht. For one thing the bloke looks like a gewone oke from Pretoria in slops and T-shirt, strangely incongruous beneath a pair of twin 90m masts. He is informal and laid back, with a surfer tan acquired in places the rank and file can only fantasise about. In the context of such extreme affluence, I had been expecting somebody with epaulettes and a gold braid hat.

Veldsman himself still seems a little surprised by it all, although he is quick to point out that his boss is no Russian oligarch.  Norwegian fishing tycoon Kjell Inge Røkke might like the finer things in life but he prefers expedition to exhibition, as a tour of his boat will confirm. Furnishing is tasteful and stylish, with careful attention to detail and a Zen-like feng shui. Yes there are trappings of elite relaxation – a flybridge Jacuzzi, a sauna – but it’s the kind of super yacht you could get used to after a circumnavigation or two, as opposed to one you would sooner sell and retire on the proceeds.

“He’s a good guy,” Veldsman says of Røkke. “He just wants to sail around the world.” 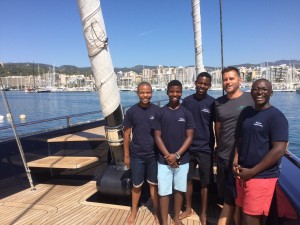 Dodging icebergs off Patagonia was not what Veldsman had in mind when he studied economics at Stellenbosch. His life took a fateful detour onto the ocean thanks to a love of sailing, which ultimately led to skipper training and induction into the tribe of semi-nomadic South African yachties. “I knew I didn’t want to work in an office,” Veldsman recalls of his exit from the mainstream.

Now his office is most people’s idea of a holiday. 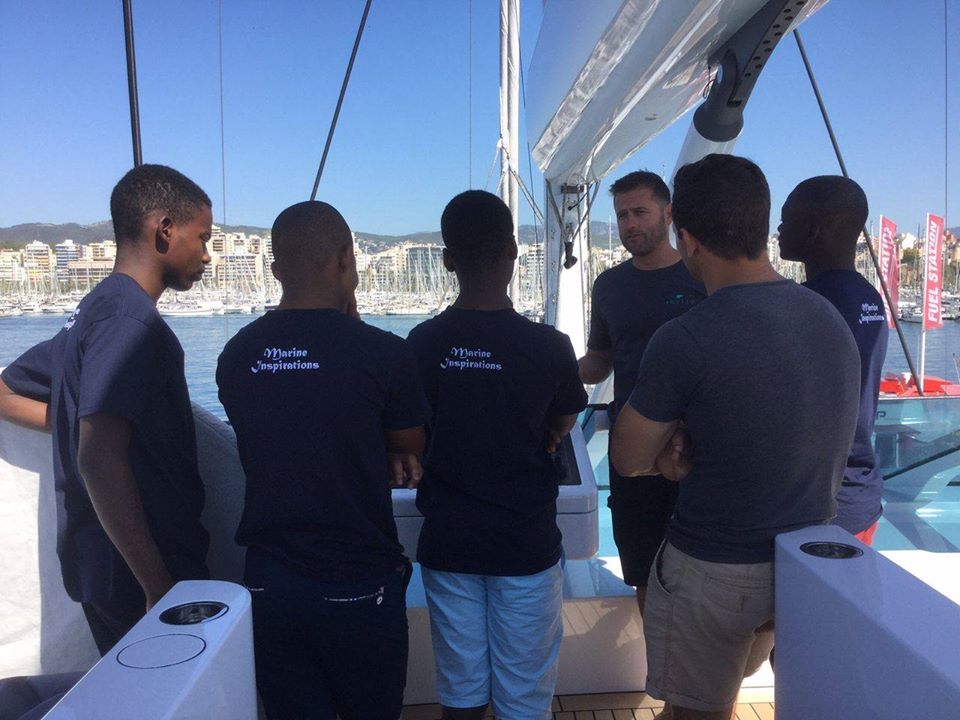 However the long trips come at a price. Veldsman has young kids back at home in Mallorca, Spain, and must leave them for six months at a time. He says he tries to make up for it with intensive family time when off work. “I’m very present when I’m at home. I do everything with them,” he says.

Neither is life aboard all plain sailing. Veldsman must oversee everything from fire fighting readiness to the psychological welfare of his 17 crew. “This is like flying an aeroplane – one needs a certain amount of rest,” he says. “It is a big responsibility to manage everybody.”

The boat has three engineers, a masseuse, a chef and several cabin crew who form a close-knit team. When  Røkke is not aboard, the vessel is available for charter, which means Veldsman and his crew must adapt to whoever is on board.

Ironically Veldsman’s economics training has proved helpful in managing the more mundane aspects of boating life, such as budgets and spreadsheets. A bit of technical training comes in handy too.

However one suspects the good outweighs the bad by a hefty margin in Veldsman’s line of work, and he agrees he is fortunate to have visited some of the planet’s most extraordinary places. “Patagonia, Papua New Guinea, and all of the southern Pacific is absolutely incredible,” says Veldsman, reciting a long list of his favourite adventures, including staring down into molten lava inside an active volcano. Veldsman stares off into the distance as he recalls the view from the summit: “If you’re lucky if you get to see something like that once in your lifetime.”

2019-11-08
Previous Post: NEWSFLASH: Industry legend GREG BENNETT says he plans to slow down a little bit during retirement
Next Post: OUT OF THE CLOSET: NEW YARD KINETIC CATAMARANS LOOKS TO MAKE INROADS INTO THE GLOBAL HIGH PERFORMANCE CAT MARKET